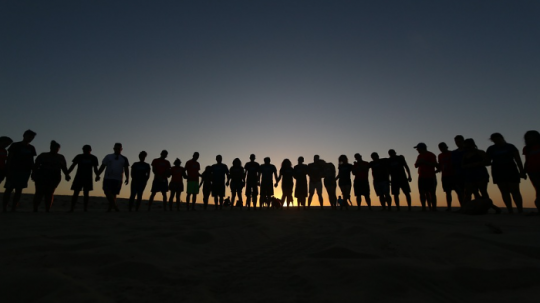 For Two Award-Winning Authors, Community Is Crucial to Overcoming the Overdose Crisis

Sam Quinones and Beth Macy have spent much of their careers as journalists and authors covering this nation’s overdose crisis. Quinones’s works include his bestseller Dreamland and new book The Least of Us, and Macy’s include her bestseller Dopesick, which became a series on Hulu, and recently released Raising Lazarus. Although these authors have focused on different aspects of the crisis, in their keynote speeches at the Taking Action Summit, they shared an overarching conviction. Community engagement—and the sense of purpose and belonging it gives rise to—is capable of turning the tide.

“Perhaps our only defense [against the crisis] is rebuilding community,” Quinones said. He discussed the relationship between substance use disorder (SUD) and isolation and observed that the American culture of individualism—along with technologies that separate people behind computer, phone, and television screens—has undermined the sense of security that people can draw from being in groups. While COVID-19 made the isolation worse, he noted, it also forced us to recognize the critical need for social interaction.

Community activities provide a countermeasure to isolation, Quinones said. They can promote recovery for people with SUD who have experienced stigma and repair communities that have been pulled apart by the crisis. For example, Quinones talked about Judge Scott Barrett of Hardin County Court in Ohio, who organized a Friday night arts and crafts group, movie nights, and a softball team that brought together people in recovery with those in law enforcement and from the court.

While stigma often stands as a barrier to entry for people with SUD, Macy pointed out, its opposite—acts of compassion and kindness—serve as an entryway. “Change happens when people get out of bureaucratic silos and get together,” she said. Community programs that “meet people with SUD where they are” provide a way of countering isolation along with other benefits. Through the process of connecting, people who go to a needle exchange, she noted, are five times more likely to go to treatment.

Macy gave examples of people bringing about change in their communities through acts of compassion. Those in recovery who became peer specialists and were able to gain the trust of people experiencing stigma and lead them to treatment. Nurse practitioners who held pizza parties to reach out to people who contracted hepatitis through drug use and help them find care. A receptionist working at a treatment center whose kindness helped many people take the first step toward treatment and recovery. “In the end,” Macy said, “it’s all about community.”